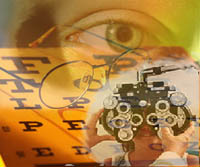 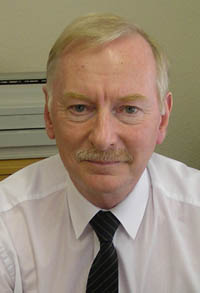 I studied optometry for three years at the University of Wales, Cardiff, receiving an honours degree in 1970. Following a year of pre-registration supervision I obtained the Fellowships of the British Optical Association and the Worshipful Company of Spectacle Makers. (Subsequently the BOA and SMC amalgamated to become the College of Optometrists). A year later I was granted Freedom of the City of London.

I am the author of many articles and lectures relating to occupational vision and illumination, both in this country and abroad. I was the originator of the Visibility Indicator in an attempt to improve home lighting conditions for the elderly and partially sighted. The indicator was subsequently featured on local radio and the BBC Radio 4 ‘In Touch’ programme and was distributed with the 1990 ‘In Touch’ Handbook. I have acted as an advisor the College of Optometrists on matters relating to Occupational Optometry and Illumination as well as being a consultant to Management and Trade Unions on Occupational Vision, especially in connection with VDUs.

I retired from my Optometrist practice in April 2011.