Rheinberg War Cemetery, which is maintained by the Commonwealth War Graves Commission, is just south of the centre of the town of Rheinberg on the road to Kamp Lintfort. Rheinberg, in North Rhine Westphalia, is close to the River Rhine and only 23 miles downstream of the 26 May 1943 mission target of Düsseldorf.

The site of Rheinberg War Cemetery was chosen in April 1946 by the Army Graves Service for the relocation of Commonwealth graves recovered from many German cemeteries in the area. The majority of those now buried in the cemetery were airmen, whose graves were brought in from Düsseldorf, Krefeld, Munchen-Gladbach, Essen, Aachen and Dortmund; 450 graves were from Cologne alone.

The men of the other fighting services buried here mostly lost their lives during the battle of the Rhineland, or in the advance from the Rhine to the Elbe. There are now 3,330 Commonwealth servicemen of World War II buried or commemorated at Rheinberg War Cemetery. 156 of the burials are unidentified.

Rheinberg War Cemetery looking North. Plot 3 is in the foreground, Plot 4 is to the right of the Pavilion

28 of Major Walter Ehle's victims from 26th May 1943 are buried together ar Rheinberg: 24 in Plot 4, Row D, and 4 others in the adjacent Row E. Hover or tap on the plan below for an aerial view. 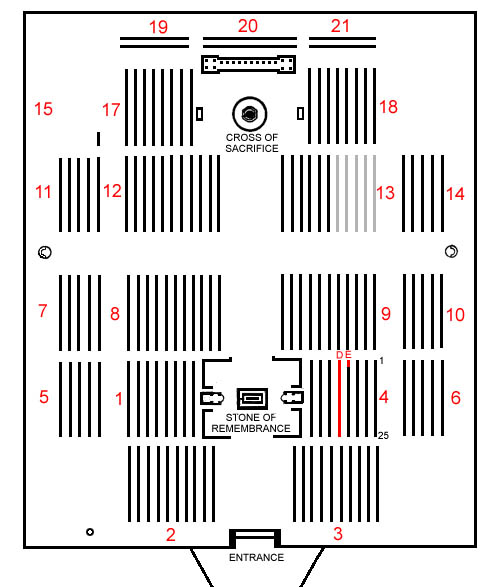 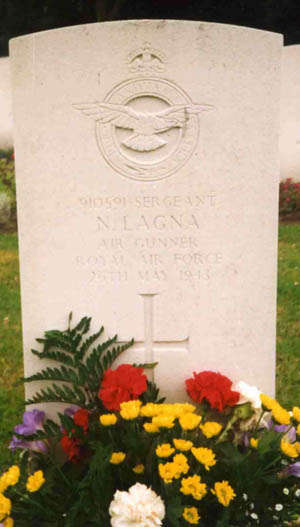