This aircraft was part of a batch of 350 HP59 Halifax Mk IIs. It was a Handley Page 4-engined bomber built by English Electric Co. at Salmesbury, Preston and delivered between 28th February 1943 and 23rd March 1943, and powered by Rolls Royce Merlin engines. It bore the X1D (Identification) of KN-D. 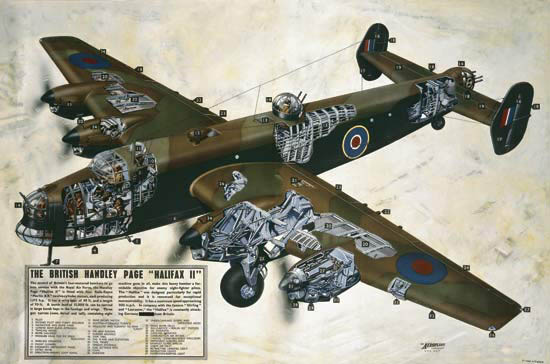 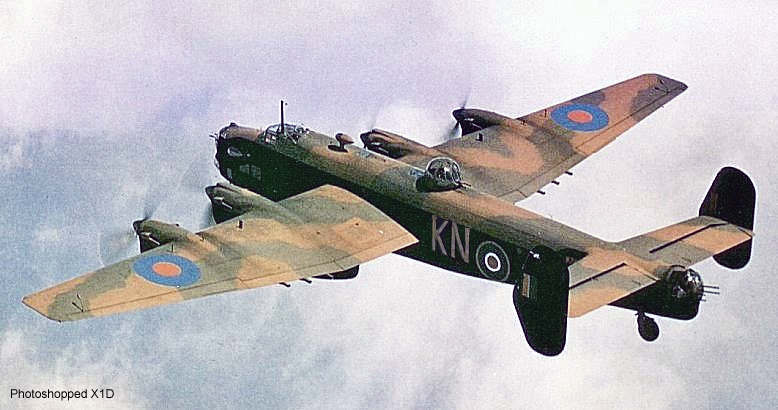 (A real Halifax II but with mocked up X1D)

Halifax JB837 KN-D took off from Elvington airfield at 23.30 on 25 May 1943 on a bombing mission to Düsseldorf. It was shot down at 01.51, 1km south of Jülich, a small town west of Köln (Cologne), by Major Walter Ehle, while on its way to the target at an altitude of 4800 metres (15,700 feet). It disintegrated in a huge explosion, presumably from detonated munitions: the bulk of the wreckage fell between Jülich and Elsdorf. All seven crew were buried by the Germans in Koln-Zollstock, but relocated to Rheinberg War Cemetery after the war.